Our guests gave us glowing reviews on having Jonny as our DJ, with many saying he was the best DJ they’ve ever seen! 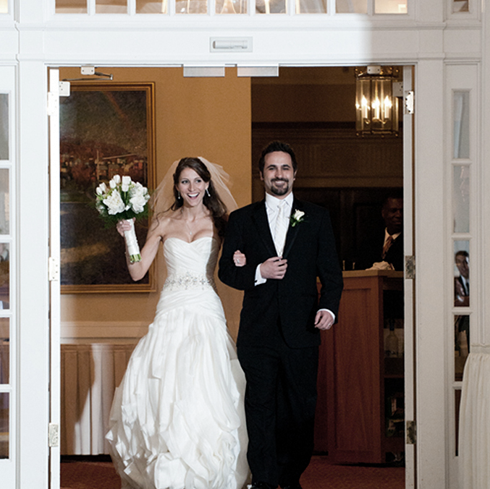 It is often said that love finds us when we least expect it, and that is certainly the case for Jill and Mehmet. They were each celebrating the 2009 Pittsburgh Penguin’s Stanley Cup victory with friends in a Shadyside tavern. Through the excitement they were drawn together, and a love story unfolded.

They became inseparable, and while they vacationed together in Hawaii, Mehmet knew what he had to do. After a long courtship, the time was right to propose and what better place to do just that than the romantic, pristine beaches of Maui. Of course she said yes, and dream wedding plans where afoot.

The couple felt they had unusual circumstances because of their very different cultures.  Would they celebrate a Pittsburgh style marriage in the country they now called home?  Would they be true to their own heritages and celebrate with the timeless rituals of Turkish and Polish ancestry?  How could they acknowledge and respect the traditions of their elders but still inject the event with the enthusiasm and less formal rhythm they desired.

Thank the stars for Kelli Burns Entertainment. Kelli took on the task of researching music and dance from the traditional Turkish wedding, and met with the bride to understand how she wished to celebrate her Polish ancestry.

Kelli presented the couple with a timeline that weaved traditional dances from both cultures seamlessly into one event. To the delight of Mehmet’s parents and sister, they were able to dance the Haley, something they did not expect after traveling from distant Turkey to be part of the wedding ceremony.  Later came the Polka, the traditional folk dance of Poland, and the dance floor later brimmed with the Cupid Shuffle.  Three unique dance experiences with traditional music, perfectly infused into the evening by Kelli Burns. Kelli had created a magical moment for the couple, and she had gained their trust.  So much so, that she was asked to preside over the blessing of their union.

Kelli’s willingness to go the extra mile for her client was apparent.  She was able to respectfully and skillfully create an event that graciously recognized each culture while fulfilling the couple’s desire to have fun.

Let Kelli and her team make your dream event a reality, too. Click here to see other wedding testimonials and happy couples after working with her.